Dan Lyon is Telefilm Canada’s Regional Feature Film Executive, for the Ontario & Nunavut regions and he came in to chat with us today about the feature film landscape in Canada.

He reminded us how lucky we are to live in Canada by comparing the realities of filmmaking in the United States and how blessed folks in LA believe we are to have access to funding from the federal and provincial governments. As the hour went on, Dan had each of us explain our projects to him, in essence pitching him in a practice style. He had a lot of notes for everyone in the group and, since we mock-pitch real Toronto producers tomorrow, it was great to have him tune up our pitches. This is a guy who gets pitched to many, many times every month. 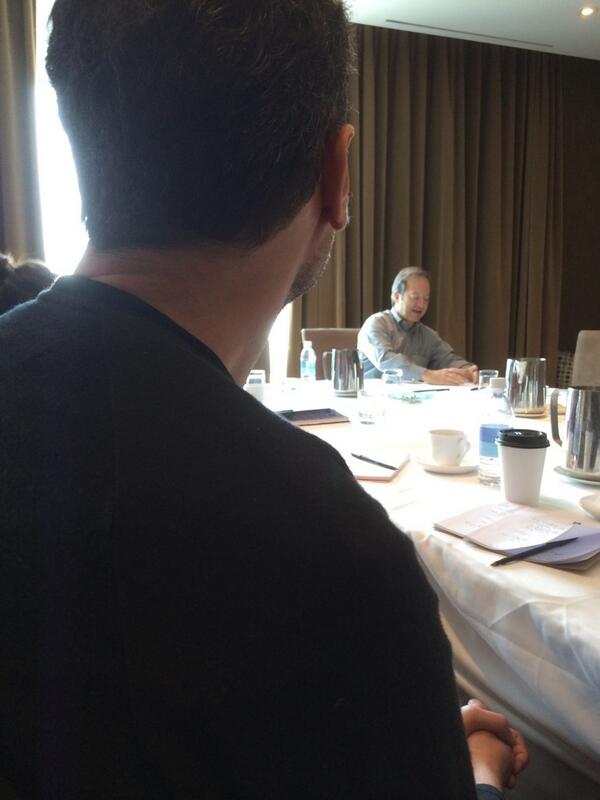 Another point that Dan made which does seem to keep coming up is the importance of casting. Obviously, having a name on your film is going to play a major part in the saleability of your project, but it’s also important to not cast someone just because they have a lot of buzz right now. It can be a lot more powerful to cast someone from the comedy world if you’re working on a comedy, or from the sci-fi genre if you’re working on a sci-fi, etc.

Big thanks to Dan for helping us all out today at #FeaturesFirst!

And don’t forget to check out Scott’s blog from today all about distribution!