NSI Features First – What The Heck Is A Chain of Title?

It’s day two here at #FeaturesFirst and time flies when you’re having fun. We covered plenty of things today so don’t just read this post, make sure to check out our Features First Index Post to see everything we were up to today and the rest of the week.

One of those things about making a feature film that doesn’t get as much attention as it really should (much like the services Deluxe provides) is your project’s Chain of Title. It’s one of those boring things that, as a filmmaker, you might not really feel like spending much time on. We got totally schooled about it today though. And our teacher was Gigi Morin, an entertainment lawyer with Duncan-Morin LLP. 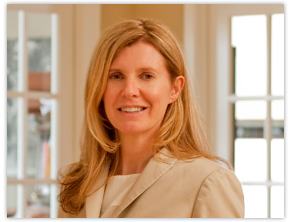 Each team got an hour with Morin today and, according to her, a Chain of Title is “the road map for documentation that ensures all the rights rest with the production entity.” Which means that it can be a very thick document filled with every scrap of paper related to the legal claims to the story.

It’s important to put this document together because of another often forgotten part of the process; E&O insurance. If you want anyone outside of a film festival to see your movie, you need E&O insurance and that means that an insurance company will need to perceive your project to have virtually no risk of a lawsuit. Meaning that there’s no chance someone will see your film and think, “Hey, that’s my idea” and have any kind of case if they wanted to sue.

It’s one of those things that seems fairly simple on the surface, but can get pretty complex, especially if it’s an afterthought. So it was really nice to put some brainpower into it today so that we can keep it up to date as the project evolves.

A big thanks to Gigi for spending so much time with us and the other teams today. If you need any help navigating the legalities of the entertainment world definitely get in touch with her! And follow her on Twitter!