Of the 4 teams from Canada selected for the National Screen Institute’s Features First program, 2 are sponsored to attend TIFF to pitch their films. We are very humbled and fortunate to be one of those teams.

Ah, you might think so! While TIFF is one of the world’s best film festivals, and gets the most press of any film festival in North America, it’s actually ALSO one of the biggest film markets… Buyers, Distributors, Broadcaster, Financiers, and Filmmakers all hang out for the festival to conduct business. Yes, a large portion of the buying is done for finished films screening at the festival, but it’s also an amazing place to get a film in development (like ours) closer to production.

With our first 2 phases finished with NSI Features First, and with Synapse as polished as it can be, we’re on to the 3rd and final phase: getting this movie made!

While we’ll be trying to make a little time to check out some movies, most of our time in Toronto will be spent networking and pitching to a wide range of people. Ideally, we’ll come out of the festival with interest in the film. Once we have enough “attachments” (people/companies who are coming on board), then it’s time to start working out the financing. 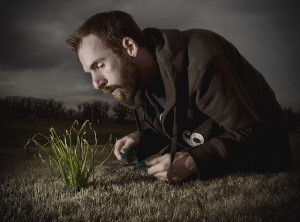 We’re starting to see firsthand why movies take so long to get made, and how incredible of an achievement it is.

We’ll be blogging and tweeting all week, so be sure to follow along!

As an aside, applications are open for next year’s Features First program. We can’t recommend it strongly enough. Click here to get started.