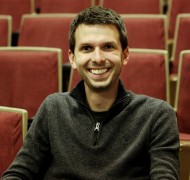 Scott has been Writing, Directing and Producing media projects in Calgary for over 10 years. As a graduate of SAIT’s Film & Video Production program, Scott’s formal education as a filmmaker has helped him through a variety of careers before starting Full Swing with Matt Watterworth.

Shortly after graduation, Scott became a professional writer for a variety of new media projects and online brands. His writing capabilities, paired with his natural leadership, eventually helped him become a Senior Communications Strategist at a strategic marketing firm in Calgary. Not only did Scott learn the secrets of traditional and new marketing techniques, but he also managed a full creative team and took pride in producing exceptional work on- or under-budget.

He now enhances every video project with a unique variety of complementary skills, and is able to add expert strategic thinking to every video’s development, branding, production, distribution and performance measurement.

In 2014, Scott was the first Calgary screenwriter in 16-years to be accepted into the National Screen Institute’s “Features First” program with his feature film Synapse.

As a born-and-raised Calgarian, Scott is passionate about Calgary video production, and is dedicated to strengthening the voice of the film industry in Alberta and helping local businesses use video to take their operations to the next level. 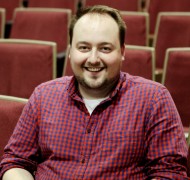 Matt Watterworth was born in Edmonton, Alberta and attended Victoria School of the Arts where he discovered the power of video production. Armed with a focused goal of producing and directing films, Matt entered SAIT Polytechnic’s Film & Video Production Program where he met Scott Westby. With the program’s committed instructors and talented, inspiring students, Matt graduated with a powerful understanding of Film, Television and Video production in Alberta. During his final year at SAIT, Matt was selected by Canada’s 7th largest production company, SEVEN24 Films, as a practicum student.

Around the same time, Matt and Scott embarked on their first post-SAIT production, a short film called Tell Me a Lie. The process proved to both Matt and Scott that a long-term partnership would be a fruitful endeavour and Full Swing Productions was born.

In 2014, Matt was accepted into the prestigious National Screen Institute’s Features First program, and in 2015 he was honoured with SAIT’s Outstanding Young Alumnus award. 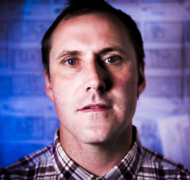 Seth possesses a rare eye for cinematic storytelling and understands the importance of story first!

As a writer, director, camera operator and editor, Seth is passionate about every aspect of the film making process, from concept to completion.

Aged 19, he left his home city of Bristol, England and embarked on an adventure that would see him travel the world.  When he’s not camel trekking in the Indian desert, hiking up Mount Fuji, or volunteering his time at an elephant sanctuary in Northern Thailand, Seth can be found curled up on his couch watching movies with his cats.

Seth’s positive approach to life, spirit of adventure and well placed sense of mischief, are easily recognizable in his work. 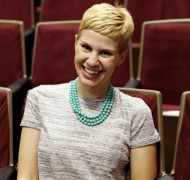 Briar has been involved in the artistic community in Calgary since she was a teenager, spending her time as a singer in The Young Canadians of the Calgary Stampede. She graduated from SAIT Polytechnic in 2008 with a diploma in Business Administration, majoring in Management.

Her business acumen has served her well since then, having helped several Calgary businesses in client services, management, marketing and operations for nearly a decade. Briar also worked on the CBC TV series Wild Roses as the Office Production Assistant, where she was steeped in Calgary’s film & video industry.

Briar is extremely organized and, as Operations Director, is focused on streamlining Full Swing’s processes, making the company more efficient and providing exceptional customer service. She’s also the living incarnation of IMDb (we dare you to test her).